It’s been three months since I posted on this blog. Yes, I did move house at the end of September, but I’ve also been struggling to focus, to invest the continued energy which is necessary to write, and then to edit a piece, to go back and fine-tune the language and ideas. The whole time, I’ve had this book review in my head, half-finished. It feels good, today, to finally come back to it and remember what a wonderful reading experience this book offered.

A friend recommended The Green Road to me after we found out we both loved Tessa Hadley’s novel, The Past. I had never heard of the writer, Anne Enright, and decided to buy the book on Kindle. My preference will always go to paper books, but I am conscious, these days, of the resources that go into the making of a paperback, and of the slowly decreasing space in my (new) flat.

Here’s how The Green Road describes itself: ‘The children of Rosaleen Madigan leave the west of Ireland for lives they could never have imagined in Dublin, New York and various third-world towns. In her early old age their difficult, wonderful mother announces that she’s decided to sell the house and divide the proceeds. Her adult children come back for a last Christmas, with the feeling that their childhoods are being erased, their personal history bought and sold.’

The novel drew me in immediately. It’s an ambitious portrait of a family, spanning about twenty-five years; the narration is split into sections which focus either on one of the siblings (there are four, girl-boy-boy-girl) or their mother, Rosaleen. Enright jumps across the timeline, letting years go by between each section, and yet you never feel lost or annoyed that you’ve missed out on years of the characters’ lives. The periods that she chooses to show are central to each character’s development, and they tell you everything you need.

The writing is crisp and clear throughout the book, and Enright has an uncanny talent for characterisation. Constance, Daniel, Emmet and Hanna are all complex, multi-faceted characters, who behave in very stupid ways at times; yet there wasn’t a point in the narrative where I felt, as a reader, inclined to judge them. I understood their reasons, the things that moved them, and inhabited each of their lives in turn. Even their mother, Rosaleen, who can be extremely irritating, is a human being full of love and regrets, struggling with her solitude.

As a writer, I appreciated Enright’s bold choices: the second chapter of the book, which follows Daniel in an AIDS-ridden 1980s New York, is told in the first person plural – ‘we’ – as if it is New York’s gay community telling the story, following Dan from afar. She sustains this masterfully through the forty pages of the chapter, and the effect is eerie and powerful.

In a later section, where we see Hanna struggling with postpartum depression, Enright makes the choice always to call Hanna’s young child ‘the baby’. We know it’s a ‘he’, but we aren’t told the baby’s name until much later. I have a strange obsession with knowing names, so I found this frustrating at first. Yet, as the chapter progressed, I could see the strength of this decision: Hanna’s struggle with motherhood, her difficulty connecting with her baby, is represented by the absence of the child’s name in the narrative.

My favourite part of the book, however, is a small section in a chapter focusing on Constance. Constance is the elder sister, the one who still lives near their mother, married, with children; the typical housewife, you might say, except of course Enright makes her more than that. This is towards the end of the book, and Constance’s siblings are all coming to their mother’s house for Christmas. It’s the first time in years they will all be together, and Constance – being the eldest, and the one to whom most of the dirty work falls – goes shopping for this Christmas reunion dinner.

It could be summarised like this, in a sentence, but instead Enright follows Constance into the busy supermarket on Christmas Eve, aisle by aisle, as she tries to remember everything they might need and piles up items in her trolley:

She took five squat candles in cream-coloured beeswax to fill the cracked hearth in the good room at Ardeevin, where no fire was lit these ten years past, and two long rolls of simple red baubles to fill the gaps on her mother’s tree. She went back for more sausages because she had forgotten about breakfast. Tomatoes. Bacon. Eggs. She went back to the dairy section for more cheese. Back to the fruit aisle for seedless grapes. Back to the biscuit aisle for water biscuits. […] At every corner, she met a neighbour, an old friend, they rolled their eyes and threw Christmas greetings, and no one thought her rude for not stopping to converse.

I loved this passage because it was so true to life – so exactly true to life, with the rhythm of the sentences echoing the rhythm of Constance’s thoughts, the items she keeps remembering – and yet I felt, as a writer, I would never have dared to spend two pages showing a character in a supermarket. I would have been worried about the reader getting bored, about the scene not being dramatic enough. Not worthy. I was delighted to be proven wrong by Enright, so dazzlingly. Just because it’s a woman’s everyday, just because it’s mundane, doesn’t mean that it can’t belong in a novel.

When I was a teenager, one of the most exciting events of the year was the Paris book festival – the Salon du Livre. It would start on a Friday and run until the following Tuesday, but most of the big authors would be in attendance on Saturday and Sunday, drawing in the weekend crowds.

I remember how amazing it felt, showing my ticket and walking through the doors, knowing that the expansive space surrounding me was full of books and writers, and nothing else. I got to talk to my favourite authors, and sometimes my parents even snapped a photo of us – at the very least, I walked away with their signature on one of my books, a precious keepsake.

In 2005, I was particularly excited to see Pierre Bottero, a fantasy YA author who was responsible for creating the series La Quête d’Ewilan (Ewilan’s Quest). He was accompanied by the illustrator, and my sister and I, who both loved the books, got not only a dedication but a personalised sketch too. Bottero was a wonderful author to queue for: he took the time to chat with everyone, and made you feel seen, even though the queue did take a while.

All this made it even more heartbreaking when I learned, in 2009, that he had died in a motorcycle accident shortly before my birthday. He was forty-five years old. I think that my first thought was for his family – his wife, his children, among whom a daughter who I knew was called Camille, like the protagonist of La Quête d’Ewilan. My second thought was for the books. Not the ones I had read and loved, but the unwritten ones, all those Pierre Bottero books he would never scribble down onto paper, those books that would never be printed, never be read. As I stood taking in the news, I could feel all those future books unravelling, fading away. I wept for him and for myself, for that brutal realisation that death could be so unexpected – a guillotine falling and creating a clean before and after, rather than a drawn-out disease.

Recently, I re-read the whole series. Three trilogies – La Quête d’Ewilan, Les Mondes d’Ewilan and Le Pacte des Marchombres. The first two focus on Ewilan, a 13-year-old girl who, after growing up in our world, finds that she has the power to travel from this world into another, Gwendalavir. Gwendalavir is a fantastic universe which features trolls, ghouls and other monsters, and where the central empire is losing a long war against various enemies. Ewilan’s power enables her to dive into a dimension called the Imagination and to ‘sketch’ things which then become real. Other people in Gwendalavir have the same ability, but her talent is unparalled; as a result, she is sent, along with a team of interesting characters, on a mission to save the empire.

The other trilogy, Le Pacte des Marchombres, is set entirely in Gwendalavir and focuses on a character who is part of the original team: Ellana, a Marchombre (Shadowwalker). The first two volumes take place before La Quête d’Ewilan, following Ellana’s youth and journey, while the last one takes place after Les Mondes d’Ewilan, allowing the readers to discover what happens to the original cast of characters and providing a satisfying conclusion to their stories.

As I read through all nine volumes, the books took me on the same amazing journey that I remembered from my teens, making me laugh and cry and forget myself. My sister, who also decided to re-read the books at around the same time, told me that they had been a wonderful escape from lockdown – a completely different world for her to dive into, distracting her from the grind of everyday restrictions.

Reaching the conclusion of the last book was bittersweet. Although Bottero went on to write other books before his death, this was the end of Ewilan and Ellana’s stories. Sitting in my parents’ house, cradling the book to my chest, I felt all over again the great loss of this wonderful writer – of all the possibles, all the amazing things he might have created. But I felt gratitude, too. Gratitude for his vision, for his generosity, for the words he did share with us. One of my dream projects is translating Ewilan’s Quest into English, Bottero’s words and mine in close collaboration – and perhaps, one day, I will. 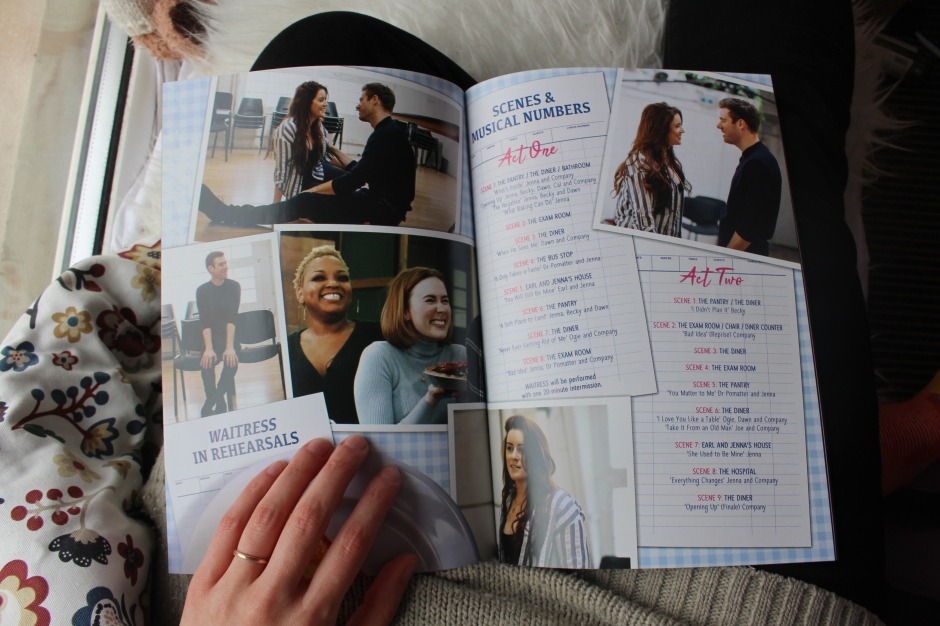 One of the things we teach on the undergraduate Creative Writing module at Cardiff University is that, to be a writer, you should read far and wide. You should soak up the words of others, digest them, and begin again.

Something that doesn’t always come up in the conversation, however, is the fact that the words don’t have to be printed, and that there are other ways for writing to reach us.

END_OF_DOCUMENT_TOKEN_TO_BE_REPLACED

I didn’t have any expectations when I opened The Shapeless Unease: A Year of Not Sleeping, by Samantha Harvey. I had not previously read any of her novels. I simply heard Harvey talking about the book on a podcast (available here if you’re interested) and decided that I would give it a go. The book, described by the London Review as a ‘philosophical memoir’, revolves around the author’s struggle with insomnia, which began suddenly and lasted over a year. It is about many other things – a ‘startingly insightful exploration of memory, writing and influence, death and grief, and the will to survive’, according to the book jacket – but insomnia is the central motif.

END_OF_DOCUMENT_TOKEN_TO_BE_REPLACED 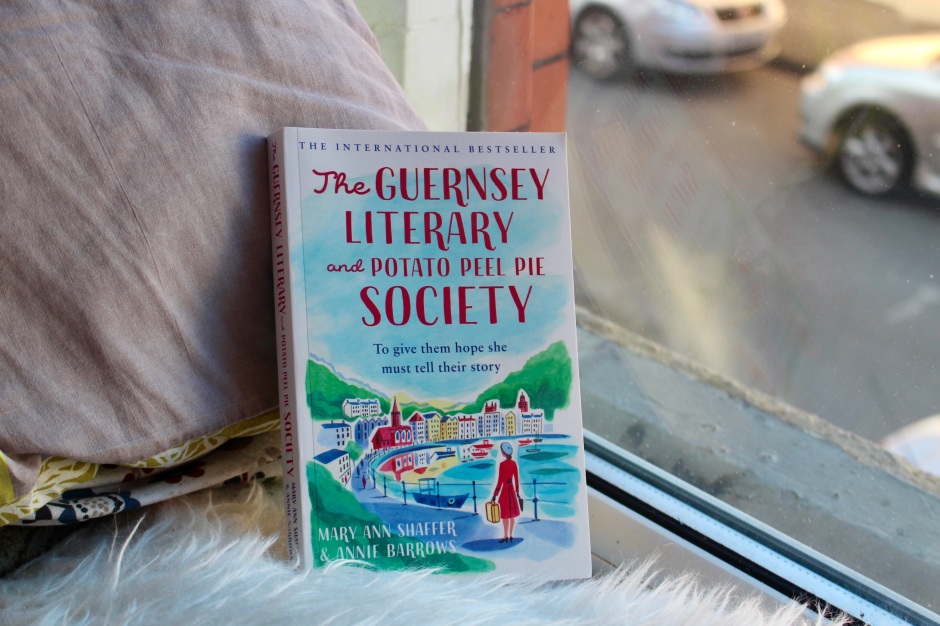 When I was ten or eleven years old, if we were going on holiday, I would pack a book for each day we were planning to spend away from the house. We were going away for ten days? I packed ten books. I spent hours absorbed in fictional stories, and it was hard work getting me to take a break. I wanted to stay with the book, to finish it in one sitting if I could.

Nowadays, although I’m still a fast reader, I don’t have this kind of time to devote to reading (adulthood, eh?). I read less, and my reading patterns have become erratic; I spend a day or two with a book, stop halfway, come back to it a week later. There are, however, exceptions to this rule, as was the case recently with The Guernsey Literary and Potato Peel Pie Society.